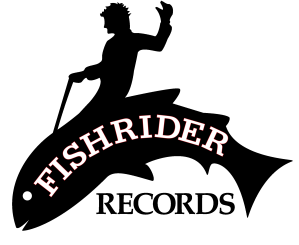 Fishrider Records is a small independent label based in Dunedin, New Zealand. It is dedicated to releasing occasional albums of literate melodic underground Psych-pop, No Wave, synth-pop, electronic music and whatever else takes our fancy. We are not ‘music industry’ but ‘music arts & crafts’. Our main website is now here and our label Bandcamp page is here.

If guitar rock is dead, no-one told Bad Sav. The latest blast of Analogue Dunedin comes from the band that refused to be left behind. Although featuring Death And The Maiden guitarist/vocalist Hope Robertson and bassist/vocalist Lucinda King, plus Shifting Sands guitarist Mike McLeod (on drums here), Bad Sav are the primary strain from which both of those bands sprang.

Port Chalmers, Dunedin band Death and the Maiden again create a shadowy world within a world on their 2nd album. Melancholy melodic synth waves, hypnotic bass, dreamy reverb washed guitars, and vocals that celebrate the excruciating beauty and crushing weight of everyday life.  The band – Lucinda King (vocals, Bass), Hope Robertson (guitar, drums, vocals) and Danny Brady (synths, programming) continue to develop from their eponymous debut. “Wisteria” conjures dreams of love, decay. Sounding at times wispy and ethereal, “Wisteria” also has passages of driving, pulsing cacophony; breathing life into the dreams of the dead.
“This is the perfect soundtrack for the enveloping heat of a new season. Beautiful, scary and endlessly evocative.” The Quietus (UK)
“a euphoric urgent post-punk sound that taps straight into a visceral need to nod and sway… “Wisteria” is more gutsy, more beat driven than their 2015 eponymous debut, and an enveloping, whole body experience.” Album of the Week, The Listener (NZ)

Stef Animal (The Golden Awesome) presents her debut solo release “Top Gear” – a concept album of fifteen tracks of op-shop mysticism, each conceived and recorded in one session, and each made using a different piece of obsolete or unfashionable music equipment, resulting in a collection of lo-fi epic miniatures.

Èlan Vital formed in 2015 in Dunedin’s None Gallery, an artist-run creative community in a former pharmaceutical factory near the city centre. Their sound takes contemporary European cold-wave synth-pop dance music layered on analogue drum machines, then blends in the warm psychedelic organ sounds of 1960s garage rock. Distorted, overdriven bass guitar adds a further element of chaos into the mix.

The expression Èlan Vital describes the vital force or impulse of life. The music on “Shadow Self” represents that life impulse in an ambiguous zone between machine and human worlds. A dense claustrophobic swirl of dark dance-tempo synth-pop blooms from gloomy cold industrial dance music with vocoder vocals into uplifting melodic dream-pop catharsis about memory, longing, and obsession

The Prophet Hens‘ 2nd album “The Wonderful Shapes of Back Door Keys”  is now out on Fishrider Records and, in the UK/ Europe on Occultation Recordings. It’s an album of melodic jangling guitars, swirling Casio keyboards & the voices of Penelope Esplin and Karl Bray singing uplifting melancholic songs about hope & despair, joy & regret, ambition & reality, coming together & drifting apart.

Also, “Popular People Do Popular People” – the 1st album – has been (re-)issued on LP as well! The 1st album made its mark all over the world, praised as “psychédélisme plaintif” by French music weekly Les Inrockuptibles, given 9/10 in reviews by UK mailorder specialists Norman Records’ staff and customers and featured on BBC 6Music shows by Marc Riley and Gideon Coe.

THE SHIFTING SANDS – “Cosmic Radio Station” [FISH015 LP/ CD/ DL]
Beamed into the Pacific ether from a woolshed and a tumbledown house perched on the hills above Port Chalmers during a period of heightened solar flare and aurora activity, this is an album dripping sundazed melody through a shifting haze of fuzzy, chiming guitars, shimmering strings, and vocal harmonies. The cosmic radio station is on air. Tune in… turn on… pop out.

DEATH AND THE MAIDEN – s/t [FISH014 LP/ CD/ DL]
On their debut album, Death And The Maiden craft a shadowy sound world, filled with melancholic synth arpeggios, reverb-drenched guitars, and sighing vocal melodies. The combination is both hypnotic and devastating, exploring themes of love, loss, and decay, wrapped in tactile electro-acoustic languor. A party record for heartbroken romantics

T E M P O R A R Y is a compilation LP of songs by 13 of our favourite young Dunedin bands and musicians and comes with a ‘zine about the bands on the compilation. It is a co-release in the US with Ba Da Bing! Records in New York and is available from their website here.

Formed in early 2013, Trick Mammoth are a flower cult pop band from Dunedin, New Zealand. Fragile, lucid but rough around the edges, their songs are unintentionally sincere and bashfully honest, performed with open arms and a soft indifference. Drawing mostly on film, literature and poetry, their music discharges a shy pretension buried under layers of simplicity. With comparisons ranging from Black Tambourine to The Carpenters, Trick Mammoth have crafted a sound saccharine sweet yet doused in death.

Trick Mammoth’s debut album ‘Floristry’ is released in NZ and also in the UK by Fishrider Records in conjunction with Occultation Recordings.

Males – ‘Run Run Run/MalesMalesMales’ LP & CD (FISH011 2013). This 9 song mini-album of hyper-melodic 2-minute helium-powered guitar pop from Dunedin trio Males includes, on Side 1, a brand new EP ‘Run Run Run’, and, on Side 2, their single ‘So High’ and their 2012 EP, ‘MalesMalesMales’. You can check it out here.

“This double EP gathers nine effortlessly hummable power-pop gems, including golden early single So High and future summer anthem Lucky Too. Singer/guitarist Richard Ley-Hamilton’s secret weapons are his chiming, precision-tooled riffs and a joyous falsetto, which are just the job over Sam Valentine’s propulsive basslines…” Sunday Star Times (NZ)
“…pop hooks come at you a quick pace and they don’t let up. Their nine song record is packed full of two minute pop candies that fly by so fast that you barely have time to go through addiction or the subsequent withdrawal.” The Finest Kiss (USA)
“Relentless indiepop full of explosive guitar lines, immediate melodies and propulsive beats, short in length, but ever-lasting in its addiction.” Bloodbuzzed (Spain)

The Puddle have been quiet in 2013, but will be playing live again in 2014. As a “thank-you” to their patient followers for their perseverance they’ve released a Christmas(y) pay-what-you-want download single. The “A” Side is a new song “Hedgehog Hill” which features dreamy backing vocals from Trick Mammoth. The “B” side is a wonderful live recording of “Christmas in the Country” from 1985. The live sound mix and recording via mixing desk to C90 cassette was done by sound engineer that night Tex Houston. He’s the same person who, 28 years later, recorded Trick Mammoth’s ‘Floristry’ album at Fishrider HQ. 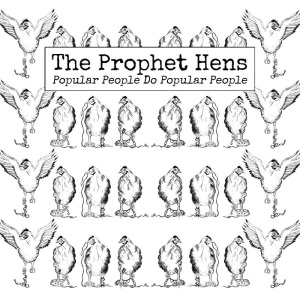 OPPOSITE SEX – UK RELEASE on 180gm LP and CD (FISH006 2012)
New Zealand’s Fishrider Records and UK-based Occultation Recordings (Wild Swans, Distractions, June Brides, etc.), are pleased to announce a trans-global alliance for the UK release of the self-titled debut album by Opposite Sex, available now on 180g vinyl and CD from www.occultation.co.uk and distributed in the UK and Europe by Proper.

The sound of the trio is, they say, “an absurdist-logico mix of Euro pop, Beat poetry, and subterranean lo-fi adventuring.” Although their music ranges from oddly poppy carnival waltzes to manic, melodic post-punk and no wave, this is no retro exercise: the album is their own unique genre-defying trip through the experimental subversive pop underground of their imaginations.

“It’s absolutely brilliant…it does put me in mind of maybe The Mekons and the Raincoats and…the best pop band you’ve ever heard in your life. I absolutely adore it. It’s going to be in my top five albums of the year definitely.” Marc Riley, BBC Radio 6

“…one of those amazing pieces of ragged art that must simply be heard to be believed…Get it.” 9/10 Popmatters.com 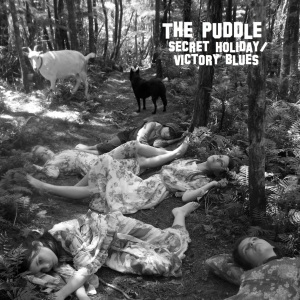 “…articulate, challenging pop tunes. From cracked bone-china love songs to bar-room shanties and woozy midnight waltzes, this assured album traverses a good deal of territory on its way to becoming one of the Puddle’s finest efforts.” (4 stars) Otago Daily Times

“An album of beautifully-textured psychedelic pop…” Otago Daily Times
“McLeod delves into the angular, chiming, hypnotic drone-pop of the city’s early-’80s Flying Nun clan but manages to avoid mimicry. He has his own voice and isn’t scared to balance dark country-esque areas with wiggy guitar histrionics.” Otago Daily Times (4/5 stars)

Check the links on the right for more links to artist Bandcamp pages to listen to and buy the albums.

Check out the recent blog posts for updates and news. Thank you!